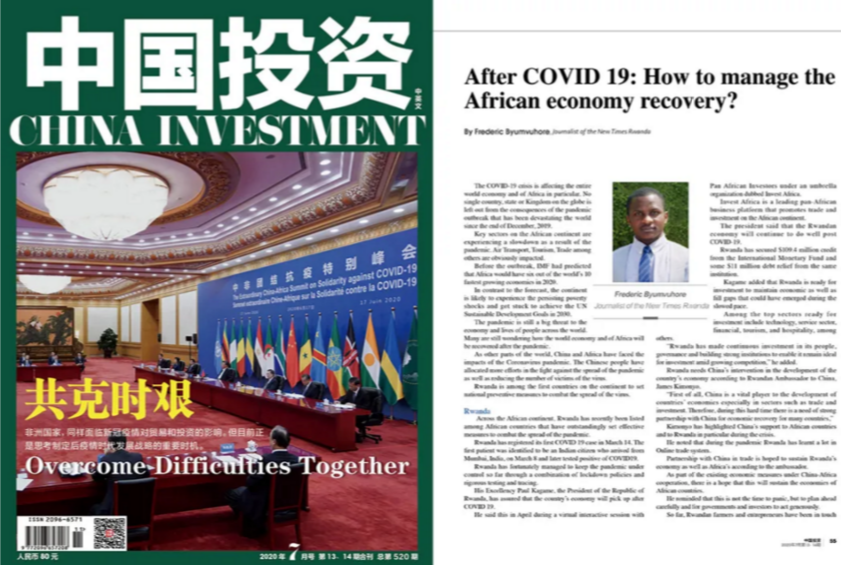 The COVID-19 crisis is affecting the entire world economy and of Africa in particular. No single country, state or Kingdom on the globe is left out from the consequences of the pandemic outbreak that has been devastating the world since the end of December, 2019.

Key sectors on the African continent are experiencing a slowdown as a result of the pandemic. Air Transport, Tourism, Trade among others are obviously impacted.

Before the outbreak, IMF had predicted that Africa would have six out of the world’s 10 fastest growing economies in 2020.

In contrast to the forecast, the continent is likely to experience the persisting poverty shocks and got stuck to achieve the UN Sustainable Development Goals in 2030.

The pandemic is still a big threat to the economy and lives of people across the world. Many are still wondering how the world economy and of Africa will be recovered after the pandemic.

As other parts of the world, China and Africa have faced the impacts of the Coronavirus pandemic. The Chinese people have allocated more efforts in the fight against the spread of the pandemic as well as reducing the number of victims of the virus.

Rwanda is among the first countries on the continent to set national preventive measures to combat the spread of the virus.

Across the African continent, Rwanda has recently been listed among African countries that have outstandingly set effective measures to combat the spread of the pandemic.

Rwanda has registered its first COVID 19 case on March 14. The first patient was identified to be an Indian citizen who arrived from Mumbai, India, on March 8 and later tested positive of COVID19.

Rwanda has fortunately managed to keep the pandemic under control so far through a combination of lockdown policies and rigorous testing and tracing.

His Excellency Paul Kagame, the President of the Republic of Rwanda, has assured that the country’s economy will pick up after COVID 19.

He said this in April during a virtual interactive session with Pan African Investors under an umbrella organization dubbed Invest Africa.

Invest Africa is a leading pan-African business platform that promotes trade and investment on the African continent.

The president said that the Rwandan economy will continue to do well post COVID-19.

Rwanda has secured $109.4 million credit from the International Monetary Fund and some $11 million debt relief from the same institution.

Kagame added that Rwanda is ready for investment to maintain economic as well as fill gaps that could have emerged during the slowed pace.

Among the top sectors ready for investment include technology, service sector, financial, tourism, and hospitality, among others.

“Rwanda has made continuous investment in its people, governance and building strong institutions to enable it remain ideal for investment amid growing competition,” he added.

Rwanda needs China’s intervention in the development of the country’s economy according to Rwandan Ambassador to China, James Kimonyo.

“First of all, China is a vital player to the development of countries’ economies especially in sectors such as trade and investment. Therefore, during this hard time there is a need of strong partnership with China for economic recovery for many countries,”

Kimonyo has highlighted China’s support to African countries and to Rwanda in particular during the crisis.

He noted that during the pandemic Rwanda has learnt a lot in Online trade system.

Partnership with China in trade is hoped to sustain Rwanda’s economy as well as Africa’s according to the ambassador.

As part of the existing economic measures under China-Africa cooperation, there is a hope that this will sustain the economies of African countries.

He reminded that this is not the time to panic, but to plan ahead carefully and for governments and investors to act generously.

So far, Rwandan farmers and entrepreneurs have been in touch with Chinese investors to plan ahead how they could expand their trade cooperation. Also, Rwandan Embassy in China during the pandemic has been collaborating with Chinese Entrepreneurs to hold online selling of Rwandan products such as Chili and Coffee.

Ambassador encouraged Chinese Investors and Rwandan farmers to work closely and explore opportunities available at both sides to accelerate economic growth for Rwanda and China.

Rwanda has pledged a total of $1m to the African Union COVID Fund and the Africa Centre for Disease Control and Prevention (Africa CDC).

Before the pandemic, African Development Bank (AfDB) had projected the continent-wide gross domestic products (GDP) growth to reach 3.4 per cent this year.

The International Monetary Fund forecasts a dip of -1.6 per cent in the region south of the Sahara.

Though Rwanda will fare relatively better with a projected growth of 5.8 per cent, the average negative growth in the continent suggests the trading in AfCFTA will not start from a point of strength, if at all.

African companies among other investors that import Chinese products among other services are facing the effects of the crisis.

In the efforts to combat the virus, African countries under African Union have taken preventive measures to effectively slow the outbreak.

Also, Private sector in Africa has been encouraged to allocate contribution to the Africa COVID 19Response Fund.

Again, there is a hope in the commencement of Intra-Africa trade under the Continental Free Trade Area.

Amidst the pandemic, Africa and China have showed mutual support and solidarity in the fight against the virus. China was the first to allocate their support in Africa to fight the virus.

Procuring adequate supplies of testing materials and protective equipment has been a real challenge for every African country.

Recently, the African Union has launched an African Medical Supplies Platform to poll the procurement of essential health items.

There are ongoing efforts to alleviate the situation in Africa. African and European Heads of State signed to the urgent need for economic stimulus package of at least $100bn to African countries.

Also, the Chairperson of the African Union, President Cyril Ramaphosa of South Africa has appointed Special Envoys to mobilize international support against effects of the pandemic.

Ahead of the recent Extraordinary China-Africa Summit on Solidarity against COVID 19, the People’s Republic of China has reiterated its commitment to support Africa to stabilize the economy and protect people’s lives.

China has been supporting Africa to fight the pandemic by deploying expert teams, providing supplies among other activities.

To restore African economy, Chinese government took a stake to cancel the debt of relevant African countries in the form of interest-free government loans that are due to mature by the end of 2020.

China also has pledged to work with the global community to greatly support African continent.

China has allocated 2 billion dollar funding pledge for COVID response, as well as its support for the G20 debt initiative.

President Cyril Ramaphosa, Chairperson of African Union, said that although there is a hope to end C0VID 19, its consequences for people, economies and the planet will be with people for a long time to come.

He said that there is a need of solidarity and a clear vision for developing countries to rebuild social and economic systems and restore the confidence of citizens.

Ramaphosa highlighted that solidarity between the people of China and Africa is paramount to the recovery of African economy and better lives of the all people.

In addition to existing cooperation between China and Africa, all countries call for strong partnership to sustain their friendship and effectively manage the consequences of the COVID 19 in economy and people’s lives. 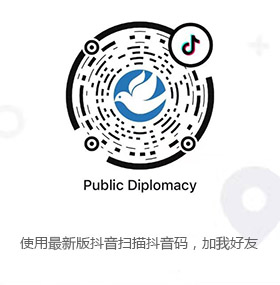